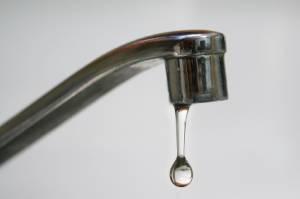 NEVADA CITY, Calif. December 4, 2016 – In coping with the possibility of freezing pipes the most important thing is to get past the anthropomorphic attitude we have about our water pipes! We tend to think that if we bundle our pipes for winter freeze as we do our children when we send them off to school, they will all be all warm and snugly and protected from the cold. Not so!

There is a difference between children and pipes. One of these differences is that children metabolize, pipes do not. Metabolizing food in children generates heat in children. Layers of clothing on a child holds that heat in. But there is no metabolism going on in your pipes and no generated heat to be held in. (If there is something in your pipes that is metabolizing, your bigger problem may not be freezing pipes.) You can put all the insulation you want around a pipe and, if the outside temperature remains below freezing, the water within will eventually freeze. The insulation only helps to slows the process. If there is a sustained cold spell, exposed pipes will freeze whether they are insulated or not. It’s only a matter of time.

But there is a remedy, tried and true, and that is to let the water drip in the sink overnight, preferably a sink furthest from the point where your water enters the house. But you all know that, so why am I rambling on about this? The reason that letting the water run works may not be what you think, and that reason may affect your dripping strategy.

We tend to think that moving water won’t freeze, again anthropomorphizing; moving people don’t freeze, moving water won’t freeze, we assume. While moving water may not freeze as readily as still water, it will freeze if the temperature of the water falls below the freezing point. Small ice crystals will form in the moving water and eventually grow to the point where the flow is blocked. (Many years ago, I let the water run in a mobile home one night only to find an icicle hanging from the end of the faucet in the morning, and of course the pipes had burst. In mobile homes pipes burst at about 31 degrees.) But here’s the critical point:

The real value of allowing the water to flow in your pipes at night is that you are effectively replacing the very cold water in the pipes with the much warmer water that you draw from your well, holding tank, or NID!

You don’t necessarily need to let the water drip or run all night. It would be sufficient to flush the lines out periodically with that warmer well water. So, if you are of a certain age, with a bladder the size of a tea cup, those frequent night trips to the bathroom will serve a dual purpose: emptying your bladder and filling your pipes. (It takes one gallon of water to fill 44 feet of one-inch intake pipe running from your well to your house. So you can calculate how many times you have to flush that 1.6-gallon low-flush toilet of yours to clear out your pipe from well to house.)

Normal, intermittent water use during the day accomplishes the same thing. There is no need to keep the water running continuously during the day. (If you have an outbuilding, it doesn’t help to let the water drip only in the house. You need to get some warmer water into these remote pipes as well.)

So now that you know that your objective is not to keep the water moving, but keep it moved (replaced), you may adopt a different cold weather strategy. And if this helps, remember where you heard it. If not, blame it on the frosty political atmosphere in congress. That’s why we elect them, to serve as reservoirs for blame.

Some people worry about wasting water by allowing it to run over night. In one sense it is difficult to truly waste water. The runoff goes back into the ground water, surely to be used somewhere else down the line. There is, however, a waste of energy in pumping the water that cannot be recovered.

Actually it is those water-greedy plants that “waste” water. H2O is a very tough molecule to crack, but it happens all the time in plants during photosynthesis. Plants take a lot of water molecules out of the system. So why aren’t we running out of water molecules? But that’s another story. Maybe I’ll save that for our spring newsletter.