A federal judge has just shut down the latest challenge to California’s foie gras ban, in an important ruling that reaffirms the right of states to enact legislation that protects animals in agriculture.

Today’s district court ruling is the latest in a long-running saga that began in 2004, when California passed a law to phase out the production and sale of force-fed foie gras. At the time, the Humane Society of the United States, Humane Society Veterinary Medical Association and other animal protection groups presented lawmakers with evidence that showed the great cruelty inherent in this product. It typically involves feeding of animals through metal pipes forced down their throats, making their livers blow up to 10 times their natural size—a process known as gavage. The birds are then killed and their livers harvested as a fatty “delicacy.”

Foie gras producers have since mounted a series of challenges to the ban, without success. In 2013, the Ninth Circuit ruled, in response to foie gras producers’ complaints, that the law did not violate the Commerce Clause of the U.S. Constitution because California has every right to regulate activity within its state market to prevent complicity in a practice it deems cruel to animals.

Following that loss, foie gras producers pivoted to a different tactic, alleging that the foie gras law is impermissible under a federal poultry products law. The Ninth Circuit once again sided with the state, overturning a lower court decision.

The latest challenge essentially recycled previous claims made by foie gras producers. The court, however, saw right through their tired arguments, finding that on the Commerce Clause claim the plaintiffs had brought “substantially the same challenges they brought up in the first case” and that “the developed record does little to change our previous analysis.”

The court also said producers could comply with both federal and state law by simply “correctly labeling their products under [federal law] and refraining from selling those products in California.”

Today’s decision is important because it affirms that state lawmakers and governors have a right to set standards for humane treatment, if they choose to do so. States are increasingly taking action to protect animals in food production. In the years since the foie gras sales ban, many more states, including California, have passed laws and ballot measures banning the cruel confinement of farm animals and the sale of those products, which have been upheld by the courts.

The message should be clear: Californians have no stomach for the cruelty of foie gras. Worldwide, too, there is a great distaste for this product, with more than a dozen countries, including Denmark, Finland, Germany, Israel and the United Kingdom, having either prohibited force-feeding for foie gras production or interpreted it as illegal under existing anti-cruelty laws. The arguments for continuing the sale of a product that is not a staple in anyone’s diet, and that is built on immense animal suffering, have run out. 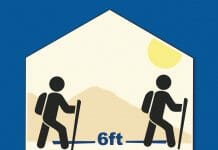