SAN FRANCISCO, February 27, 2020 – The California Public Utilities Commission (CPUC) today issued an Administrative Law Judge Decision imposing $2.137 billion in penalties against Pacific Gas and Electric Company (PG&E), the largest penalty ever assessed by the CPUC, for the utility’s role in the catastrophic 2017 and 2018 wildfires.  If PG&E agrees to the modified settlement within 20 days, and no party appeals and no Commissioner requests review, it becomes the decision of the CPUC.

Today’s Decision, called a Presiding Officer’s Decision, approves with modifications a settlement between PG&E, the CPUC’s Safety and Enforcement Division and Office of the Safety Advocate, and the Coalition of California Utility Employees. The Decision increases the penalty amount in the settlement by $462 million and provides additional benefits to PG&E customers, including the return of any future tax savings when they are realized by PG&E to the benefit of ratepayers.

PG&E shareholders would be liable for the $2.137 billion in penalties consisting of:

In addition, the modified settlement requires any tax savings associated with the shareholder payments to be applied to the benefit of PG&E’s customers.  These benefits which PG&E shareholders would otherwise be expected to realize are likely to be in excess of $500 million.

The wildfires that occurred in Northern California in October 2017 and November 2018 were unprecedented in size, scope, destruction, and loss of life. At the peak of the “October 2017 Fire Siege” there were 21 major wildfires that, in total, burned 245,000 acres.  Eleven thousand firefighters battled the fires that forced 100,000 people to evacuate, destroyed an estimated 8,900 structures, and took the lives of 44 people (including 22 people during the Tubbs fire for which PG&E equipment is not implicated). In the early morning hours of November 8, 2018, the Camp Fire ignited near the community of Pulga in Butte County, resulting in approximately 153,336 acres burned, 18,804 structures destroyed, and 85 fatalities.

Following an extensive CPUC staff investigation, on June 27, 2019 the CPUC opened a formal investigation into the maintenance, operations, and practices of PG&E with respect to its electric facilities that were involved in igniting these fires, and to determine the appropriate penalties for violation of CPUC rules and regulations.

The Presiding Officer’s Decision is available at: http://docs.cpuc.ca.gov/SearchRes.aspx?docformat=ALL&docid=328287005.

The CPUC regulates services and utilities, safeguards the environment, and assures Californians’ access to safe and reliable utility infrastructure and services.  For more information on the CPUC, please visit www.cpuc.ca.gov. 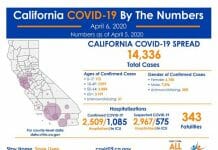