LOS ANGELES, CA, Nov. 4, 2019 — Oceana filed a motion in federal court today in response to delays of more than a year by the National Marine Fisheries Service (NMFS) to implement regulations that would limit the number of whales, sea turtles and other animals that could be caught and killed in the California-based swordfish drift gillnet fishery. A judge ruled in favor of Oceana in a lawsuit regarding the proposed rule in October of 2018, yet NMFS has thus far refused to act.

“Complying with a court order is not optional. NMFS’s continued delay in implementing important protections for vulnerable marine wildlife species is not only baffling and frustrating, but also irresponsible and illegal,” said Tara Brock, Oceana’s Pacific Counsel. “It’s been more than a year since Judge Klausner ruled that NMFS must finalize regulations to protect whales, sea turtles, and dolphins from deadly drift gillnets. and as they continue to ignore the court’s order, they place these animals at further risk and undermine the public process that led to these protections.”

The drift gillnet fishery, which uses mile-long nets to catch swordfish and thresher sharks, is one of the nation’s dirtiest fisheries and has long been controversial. Drift gillnets kill large numbers of marine mammals, each year, including more dolphins and porpoises than all other observed west coast and Alaska fisheries combined. There are approximately 20 vessels operating in the fishery, which discarded more than 60% of its total catch between 2004 and 2017. The state of California recently passed a law to phase out drift gillnets in California, and similar legislation is also under consideration in the U.S. Congress.

The proposed hard caps rule was intended to provide incentives to avoid catching highly vulnerable species, and to switch to cleaner fishing methods such as deep-set buoy gear, an innovative new fishing gear that catches high-value swordfish with minimal harm to other animals.

“Any fishery that throws away more than it keeps needs to change, and that’s what these regulations were meant to do,” said Brock. “NMFS’s continued foot dragging is simply unacceptable, especially with a fishery that kills some of the world’s most remarkable – and most endangered – marine species.”

The National Marine Fisheries Service originally published the proposed rule in October of 2016. In June of 2017 the agency reversed course and withdrew the rule, which prompted a lawsuit from Oceana. A federal judge ruled in favor of Oceana in October of 2018. For more than a year, however, the National Marine Fisheries Service has not taken on action to implement the final regulations.

Oceana’s motion asserts that NMFS remains in violation of the Magnuson Stevens Fishery Conservation and Management Act and requests the Court to intervene and require action from NMFS.

Oceana is the largest international advocacy organization dedicated solely to ocean conservation. Oceana is rebuilding abundant and biodiverse oceans by winning science-based policies in countries that control one third of the world’s wild fish catch. With more than 200 victories that stop overfishing, habitat destruction, pollution and killing of threatened species like turtles and sharks, Oceana’s campaigns are delivering results. A restored ocean means that one billion people can enjoy a healthy seafood meal, every day, forever. Together, we can save the oceans and help feed the world. Visit www.oceana.org to learn more. 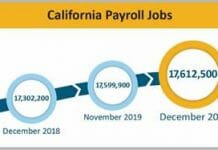