First there was fire. Then rain. And now deadly debris flows are devastating Montecito, California. Dozens of people are missing or dead, and at least 400 homes have been damaged or destroyed by fast-moving floods that swept mud, rocks, and charred timber from the Thomas fire scar.

The Operational Land Imager (OLI) on Landsat 8 acquired natural-color imagery of Montecito before and after the fire and debris flows. The first image shows the town on January 10, 2018, after mud and debris tore through the town. The second image was captured on November 23, 2017, before the fire. Charred, debris-covered areas appear brown; unburned vegetation is green. Trails of mud and debris are visible along streams well south of the burn scar. 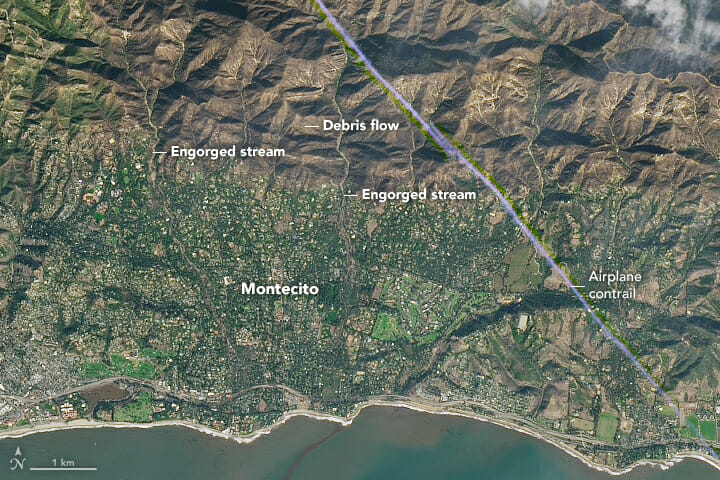 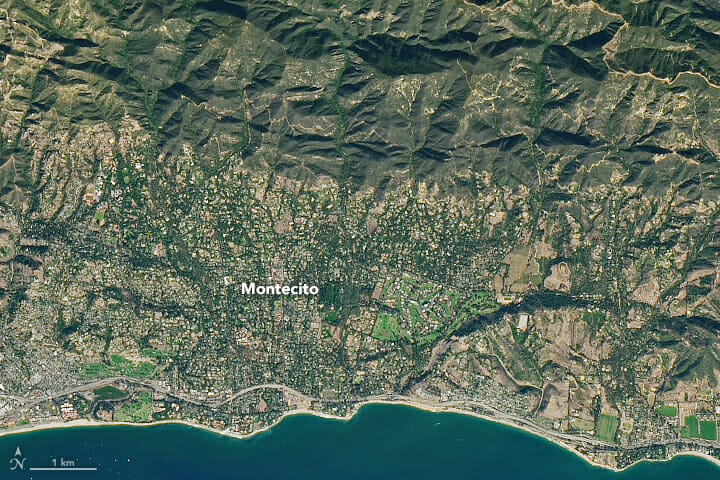