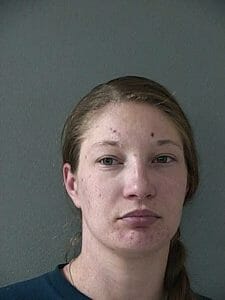 April 8, 2019 – On April 8th, 2019 at approx. 8:13am the Nevada County Sheriff’s Office received a 9-1-1 call from a male subject in the 12000 block of Shepard Rd. in Smartville, Ca. The male caller, later identified as 47 year old James Oaks, reported he had just been stabbed by a female who was later identified as 27 year-old Ethel Thomas. When deputies arrived on scene, Ethel was no longer there. Medical aid was rendered to Mr. Oaks, who was suffering from a single stab wound. Mr. Oaks was eventually transported, via ambulance, to Rideouot Memorial Hospital in Marysville, Ca. for further treatment. Mr. Oaks is currently in stable condition.

Detectives from the Major Crimes Unit were called in to assist with the investigation and a search warrant was sought for the residence in question. A BOLO (Be-On-The-Lookout) was issued for Ethel Thomas and detectives are currently following up on leads and collecting evidence. Thomas is described as a white female adult 5’08” 135lbs blonde hair and hazel eyes.

If anyone has any information relating to the whereabouts of Ethel Thomas or has information regarding the stabbing, you are encouraged to contact the Sheriff’s Major Crimes Unit at (530)265-1263.