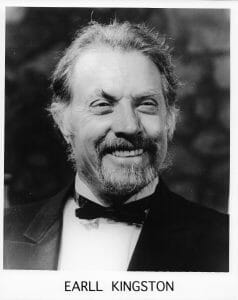 Rocklin, CA (April 1, 2019) — The Sierra College Natural History Museum brings noted actor Earll Kingston to portray John Wesley Powell in a one-man play on April 25 and 26, 2019.  Written by John Muir actor and playwright, Lee Stetson, “Down the Great Unknown” is a two-act play about the epic adventure of the first exploration down the Colorado River by boat in 1869.

Kingston portrays Major John Wesley Powell, handicapped by the loss of an arm in the Civil War, commanding a small flotilla of four boats rowed by nine brave men.  For nearly ten months the expedition survived the often-harrowing journey down the Green and Colorado Rivers, from the Wyoming Territory and through the territories of Utah and Arizona.

The story is told by an enthusiastic Major Powell, who describes the men, the boats, the rapids and the treacherous adventures of the then-unknown Colorado as it roared between the steep walls of the magnificent Grand Canyon.

Earll Kingston has performed for more than fifty years across the United States. He has performed this play more than one hundred times – at Grand Canyon National Park, scores of universities and museums, and at U.S. Geological Survey complexes from Washington D.C. to Menlo Park, California. He is a member of California on State, a San Francisco-based group engaged in writing and performing stage and radio works based on California history.