Aug. 14, 2018 – It can be argued that the risk of killing even one innocent person outweighs the benefit of any execution, says bioethicist Craig Klugman.

“Pope Francis’s recent announcement cementing the immorality of the death penalty is a welcome declaration of support for human life. The ethics of the death penalty are clear — taking a life in punishment for murder is not justice, but vengeance. One does not right a wrong by creating another wrong. The usual excuse for executions, that they are a ‘deterrent’ has been proven untrue, time and time again.

“For a long time, the American Medical Association and other health professions organizations have held that their members should not participate in executions. It is against the healing role of a healthcare provider to end a desired life.

“There is also a real danger of current methods causing severe pain and suffering in victims. Most pharmaceutical companies do not want their products being used for executions; the result is that many drugs are no longer available in the U.S. or for purchase by states, out of fear that the drugs could be used for these purposes. For medicine, this means useful anesthetics are in short supply. For executions, it means states are experimenting, trying new cocktails and methods that are unproven and are likely to cause horrible deaths.

“And lastly, there have been cases of people being executed and later found innocent. The death of one innocent person should be enough to dissuade us from state-sanctioned killing.”

Klugman, a DePaul University (Chicago) professor, has done extensive research on the ethics of end-of-life, euthanasia and assisted suicide among other topics. He’s the blog editor for bioethics.net, the editor of the 2016 textbook “MacMillan Interdisciplinary Handbooks in Philosophy: Medical Ethics” (Gale Cengage Press) and the 2008/2013 book “Ethical Issues in Rural Health” (Johns Hopkins University Press). Klugman is also the producer of the award-winning film, “Advance Directives,” and “A Cure for Dying.” 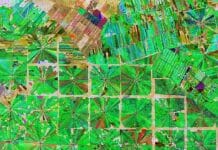