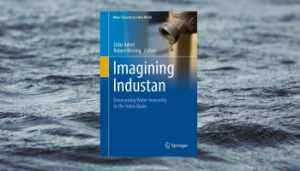 Oct. 31, 2016 – The current political rhetoric between India and Pakistan underlines the risk of failing to manage correctly and cooperatively vital water resources shared between nations.

India’s suspension of the Indus Water Commission meeting on 26 September 2016, and its convening of a meeting to review India’s options for modifying or walking away from the Indus Water Treaty, was immediately met with sharp retorts from political leaders in Pakistan, who suggested that any Indian attempt to renege from the Treaty would be deemed an act of war.

This potential global catastrophe looms in Asia as rapidly rising water demand collides with a diminishing resource on which at least 300 million people depend directly, warns a new book from United Nations University’s Canada-based Institute for Water, Environment and Health (UNU-INWEH).

The book, “Imagining Industan,” appeals to the three nuclear armed powers sharing the Indus River basin — India, Pakistan and China — and Afghanistan to begin working together as never before to manage the precious resource.

Its editors describe the book as an effort “to kindle serious discussion of the trans-boundary cooperation needed to confront what more and more water experts believe is developing into one of the planet’s most gravely threatened river basins.”

The book’s 14 contributing experts acknowledge the immensity of the challenges in a region prone to political and military conflict but say “much greater collective planning is essential…if the Indus basin is to escape the likely disastrous consequences of continued failure to collaborate.”

Published by Springer, the 216-page work is the culmination of a project supported by UNU-INWEH and proposes a new course for the 1,120,000 km2 basin drained by the Indus River, six major tributaries and connected waterways covering over 65% of Pakistan, a significant part of India (14%) and smaller areas of Afghanistan (11%) and China (1%).

Most of the Indus waters flow from glaciers and melting snow high in the Himalayan Mountains and the Tibetan Plateau. Pakistan and India have, until now, been by far its biggest consumers — mainly for irrigation and generating hydroelectric energy — through one of the most extensive system of dams and canals that originated with British engineers during the colonial period.

Mushrooming water demand has led to pollution, shortages and conflict in those countries, and rapid population and economic growth adds to these problems. Disputes over water have fuelled conflicts within and between the riparian nations, and that history of conflict, in turn, increases the difficulty of achieving amicable and sustainable solutions.

The situation will only worsen as climate change threatens the resource and China and Afghanistan divert more of it for their own uses. Numerous new dams are planned or under construction in all four countries.”Industan” is a play on words to emphasize the need to think of the basin as a single, integrated resource.

The basin “lies in a part of the world where intense distrust, chronic conflict, and bitterly contentious water policies have a long history,” the editors say, and Dr. Wirsing admits that “the subject of this book might seem imprudently optimistic.” However, “it was not really optimism that drove the project to completion but a combination of the available opportunities and what might happen if they are not availed.”

The consensus of all the book’s contributors: “Further delay in tackling collectively the region’s widely shared and massive problem of water insecurity probably risked intensifying already considerable tensions among the four states sharing the basin.”

Water shortages could lead to economic distress and internal political instability, particularly in Pakistan, whose freshwater withdrawal at 183 billion m3 per year is the world’s fourth highest rate of water use behind India, China, and the United States.

Co-operation could start with sharing data, which would not only increase understanding of the resource but raise the level of trust among the four nations. Cooperation is possible also on specific areas of concern, such as dealing with the impacts of climate change, the sharing of hydropower energy, and collective responses to water-related natural disasters.

Says UNU-INWEH Director Vladimir Smakhtin: “The book is an important contribution to creating the awareness of the existing and emerging water-related conflicts in the world, and a loud call for immediate strengthening of transboundary cooperation – to increase both water security and overall regional security. The Indus river basin may be seen as a water time bomb, which may go off any time with increasing water scarcity, variability and progressively changing climate. There are similar water-related accumulating tensions and issues in other major river basins and UNU-INWEH has embarked on the scrupulous analysis of those to ensure peaceful and sustainable trajectory of river basin developments.”

The UNU Institute for Water, Environment and Health is a member of the United Nations University family of organizations. It is a UN Think Tank on Water and its mission is to help resolve pressing water challenges of concern to the UN Member States through science synthesis, cutting edge research, application of on-the-ground science-based scalable solutions and targeted public outreach. It is supported by the Government of Canada and hosted by McMaster University. 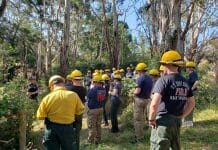