June 18, 2019 – A proposed Habitat Conservation Plan (HCP) that would authorize “incidental take” of both Northern Spotted Owls and California Spotted Owls on California timberlands owned and managed by Sierra Pacific Industries (SPI) has been released in its draft form along with a Draft Environmental Impact Statement (EIS) by the U.S. Fish and Wildlife Service for public comment.

SPI owns nearly two million acres of private, industrially-managed timberlands in California, and the ownership is squarely within the range of both the federally-threatened Northern Spotted Owl, and the federal-candidate for listing, the California Spotted Owl, much of which is situation in the “checkerboard,” lands, i.e., lands where SPI and the U.S. Forest Service, respectively own alternating square parcels.

The Draft SPI HCP proposes to establish and create so-called, “Potential Habitat Areas,” (PHAs) on SPI ownership for both Northern Spotted Owls and for California Spotted Owls for SPI ownership in the Sierra-Nevada. These PHAs and the habitat retention and other conservation requirements for PHAs proposed in the Draft SPI HCP would allow SPI to rely heavily on adjacent federal and public lands, most notably lands owned by the U.S. Forest Service, for the purposes of the HCP. According to the Draft HCP, SPI could account as much as 75-percent of its PHAs to lands not actually owned or controlled by SPI.

A similar approach to Spotted Owl conservation and impact mitigation were proposed by Fruit Growers Supply Company and approved by the U.S. Fish and Wildlife Service previously, only to have the approved-HCP nullified by federal courts upon litigation brought by concerned conservation groups, including the Center for Biological Diversity, the Klamath-Siskiyou Wildands Center, and the Klamath Forest Alliance. Yet, SPI and the U.S. Fish and Wildlife Service seem bent on creating the exact same HCP framework that failed to pass legal muster in the Fruit Growers’ example.

The Draft SPI HCP and Draft EIS rely heavily upon the notion that approval of a companion permit to lethally-remove, control, and experimentally-study barred owls (Strix varina), a non-native and invasive competitor to both the Northern and California Spotted Owls would garner key conservation benefits as a reason why the HCP is necessary and will work. The trouble here is that issuance of such a permit pursuant to the federal Migratory Bird Treaty Act (MBTA) for the duration proposed (50-years), is actually not legal currently either. MBTA permits can only be issued on a five-year basis currently under federal law.

The Draft SPI HCP also proposes to “front-load” its “incidental take,” of Northern and California Spotted Owls, meaning that the greatest impacts to both species proposed in the DHCP would occur in the first two-decades of the 50-year proposed-permit, while the conservation benefit is backloaded to the last two decades of the proposed-permit, and is predicated heavily on the presumption of re-growth and regeneration of SPI timberlands.

The California Spotted Owl is currently a candidate for ESA listing in response to two petitions brought before the U.S. Fish and Wildlife Service by conservation groups based in the Sierra-Nevada. Currently, far greater protections exist for Northern Spotted Owls in conjunction with SPI timber operations in California than exist for the California Spotted Owl. This is largely a function of California Forest Practice Rules and regulations and not U.S. Fish and Wildlife Service ESA implementation and administration.

Comments on the Draft SPI HCP and the Draft EIS must be submitted to the U.S. Fish and Wildlife Service by Monday, July 1.

The Environmental Protection Information Center (EPIC) is a community based, non-profit organization that advocates for science-based protection and restoration of Northwest California’s Forests. EPIC was founded in 1977 when local residents came together to successfully end aerial applications of herbicides by industrial logging companies in Humboldt County. www.wildcalifornia.org 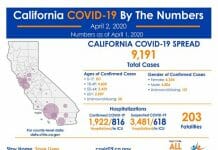