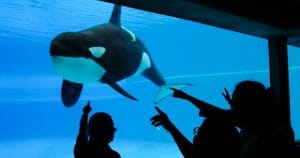 Among the experts featured in the film is Dr. Naomi Rose, marine mammal scientist at the Animal Welfare Institute (AWI), who is at the forefront of a global movement to end captivity of cetaceans.

”First we had ‘Blackfish.’ Now we have ‘Long Gone Wild,’” said Dr. Rose. “While we’ve made a lot of progress on helping captive cetaceans in the West, the situation is not as promising in the East. Russia and China have an ongoing trade in orcas and beluga whales from the Okhotsk Sea. The suffering of these intelligent, social beings when ripped from their families is immense.”

Earlier this year, AWI and World Animal Protection published the fifth edition of The Case Against Marine Mammals in Captivity. The comprehensive report delves into the behind-the-scenes realities of zoos, aquariums and marine theme parks that display marine mammals, which — despite the facilities’ assurances — for the most part fail to provide essential or even accurate conservation or education resources. What’s more, marine mammals, with their aquatic ecology, suffer physical and mental health problems as a result of being confined in small, barren enclosures. The lack of rigorous or extensive scientific assessment of captive marine mammal welfare at these operations is an issue of international concern.

Released this month through a number of video-on-demand services in advance of Shark Week (beginning July 28), “Long Gone Wild” picks up where the acclaimed 2013 documentary “Blackfish” left off. It exposes a high-stakes Russian operation to capture and funnel wild orcas into an exploding Chinese marine theme park industry (82 parks and counting). The price tag: a staggering $7 million per whale.

More than 1,000 captive cetaceans of 13 different species are currently held in China. Very few of China’s facilities have adequate conditions or expertise to handle these marine mammals, and the mortality rate is high.

Striking a more optimistic note, the documentary also showcases the visionary Whale Sanctuary Project, which is working to develop a seaside sanctuary for retired orcas and belugas. Dr. Rose is a member of the project’s board of directors.

A film screening, followed by a Q&A with Dr. Rose and “Long Gone Wild” director William Neal, is scheduled for July 26 at 3:45 p.m. at the National Animal Rights Conference in Alexandria, Virginia.

“My goal is to raise awareness of the current state (and fate) of captive orcas around the world and to motivate animal lovers everywhere to speak up and make their voices heard,” Neal said. “These magnificent animals belong in the ocean, not in barren concrete tanks.”

Since its founding in 1951, AWI has sought to alleviate the suffering inflicted on animals by people. www.awionline.org 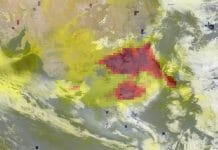