WASHINGTON, June 21, 2019 — After walking on the moon, astronauts hopped back into their lunar lander, bringing the heavenly body’s dust along with them on their spacesuits. They were surprised, and perplexed, to find that it smelled like spent gunpowder. This week on Reactions, learn why moon dust might smell like the aftermath of a Civil War reenactment:

Reactions is a video series produced by the American Chemical Society and PBS Digital Studios. Subscribe to Reactions at http://bit.ly/ACSReactions, and follow us on Twitter @ACSreactions.

The American Chemical Society, the world’s largest scientific society, is a not-for-profit organization chartered by the U.S. Congress. ACS is a global leader in providing access to chemistry-related information and research through its multiple databases, peer-reviewed journals and scientific conferences. ACS does not conduct research, but publishes and publicizes peer-reviewed scientific studies. Its main offices are in Washington, D.C., and Columbus, Ohio. 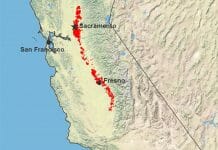 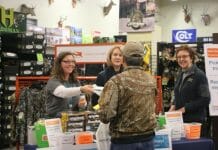