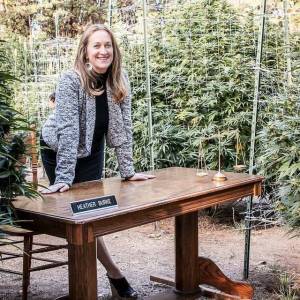 NEVADA CITY, Calif. March 17, 2017 – I must admit I am grateful to the County for seeking a consultant to help them develop and administer a “stakeholder process” to regulate cannabis cultivation in the unincorporated areas of Nevada County. The County’s request for an outsider is a wise decision, regardless of whether the rationale was a lack of resources, a lack of desire, or a nod to past County drama. I agree with and applaud the choice. Presumably, the County is now aware that Measure W was a costly mistake, as the poorly drafted initiative seemed to embody many of the issues the voters had with the County administration, including but not limited to four Supervisors and an entire County Counsel’s Office who deferred to the Sheriff on matters of zoning policy, patient access, and best practices. We all live and learn, myself included, so my intention here is to respectfully note our shared history and express gratitude for engaging MIG.

However, although I support the decision to employ MIG, I am strongly disappointed in the County’s imposition of the $100 per plant, per day, fines, which became law on January 1, 2017, but will begin in earnest once the outdoor growing season gets going again.

Firstly, many medical cannabis patients, farmers, and their policy advocates repeatedly asked for a carrot-and-a-stick approach after Measure W failed last year, and they offered numerous concessions in a good-faith attempt to work with the County. The County attorneys however, seized on each of the growers’ concessions and then gave less in return, a frustrating move that others have described better than I care to give energy to. (Here, and here, for example.) In any event, I strongly question the legality of the fines in the first instance, but perhaps more importantly, it feels like last year’s composition of the Board refused us the carrot, and replaced the stick with a hammer. How can a stakeholder group be efficient where our farmers got burned by the facade of a “process” in creating the interim ordinance, and are now living in greater fear than in previous seasons, as the fines are unabashedly intended to be penal (i.e. punishing) in nature? Although the interim ordinance contains many other problems (setbacks, for example), the fines keep us on the defense at the outset and will stymie a balanced playing field in the stakeholder process.

In Yuba County, where I also practice, a similar fine structure has added up to hundreds of thousands of dollars in fines, many to small farmers who didn’t understand how to quickly stop the fees. The County has been mired in significant and repeated litigation on myriad issues relating to the fines, such as how much a landlord can be liable for fines. I imagine the same will occur here, not just on the likely excessiveness of the sweeping fines but also on the fact that County Counsel declined to give growers a “reasonable time to correct” a violation before imposing the fines. The refusal to give a period for correction seems particularly partisan in light of the fact growers were subjected to not one, but three, different cultivation ordinances in 2016, though most farmers invested significant time and labor trying to comply with each version of the ordinance, none of which were built to last.

Since the fines were not instituted until after the “interim” ordinance was enacted, it would be a minor change to simply amend effective date of the fine section to a later date, far enough in the future to give the stakeholder time to proceed on a balanced playing field. (See, Section G-IV 5.10 (C)(12).) Indeed, an amendment to kick out the fines would be a far simpler task than the changes made under Ordinance 2426 to allow Prop. 64’s personal grows. As such, a future date could easily be transposed for the prior effective date, a cost-efficient and far reaching olive branch.

In sum, I sincerely believe the County’s decisions to get outside help is a good idea, particularly considering the grossly disproportionate fine structure they appear to be sticking to. I do, however, invite the Board of Supervisors—and their counsel in particular—to look into amending Section G-IV 5.10 (C)(12) pending completion of the stakeholder process. If the playing field is not level, how can we trust the game?