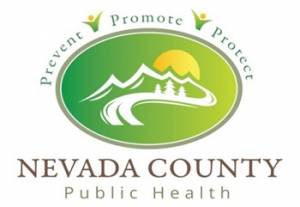 March 3, 2017 – With the inception of the new law SB277, a mandate requiring preschool and school-aged children to have their routine immunizations prior to attending school, 2016 proved to be a benchmark year in Nevada County. Though the law was somewhat controversial, many parents stepped up to the task of getting their children vaccinated and ready for the new school year.

Since the new law, Nevada County has seen an 8% increase in fully vaccinated kindergarteners, as evidenced by the fall immunization reporting. The rate of fully immunized kindergarteners increased to 85% in 2016, up from 77% in the previous year. This was largely driven by the new law, but also in part by the Nevada County Public Health Department’s perseverance in making vaccines accessible to those children who otherwise may not get them. The Public Health Department did not do it alone, however. School nurses, local health practitioners, and our various dedicated community partners all contributed to Nevada County’s increase in immunization rates.

Kindergarteners are not the only age group to demonstrate a significant increase in their vaccination rates. Preschoolers have similarly increased their immunization rates. Those seventh graders receiving Tdap showed a larger turnout increasing from 88% in 2015 to 91% in 2016.

Though the increase in vaccinated children is significant, it is still below the California average of 93%. Because of this, many vaccine preventable diseases, which require community immunity of 90-95%, continue to threaten the health of our residents, especially those who are particularly vulnerable.

For more information regarding Nevada County’s Immunization Program, go to the Public Health website or contact them at (530) 265-7265. Most children’s vaccines are provided through the Vaccines for Children Program. Please see website for eligibility requirements.