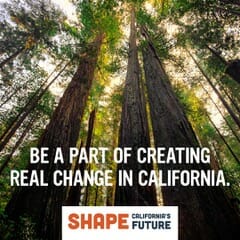 GRASS VALLEY, Calif. May 6, 2019 – The League of Women Voters of Nevada County will sponsor a presentation on the Citizens Redistricting Commission on Saturday, May 11 at 10:30 a.m. at Peace Lutheran Church in Grass Valley. A representative of the California State Auditor’s Office will explain how California citizens can apply to serve on the Commission.

Every ten years, after the federal census, California must re-establish the boundaries of its Congressional, State Senate, State Assembly, and State Board of Equalization districts to reflect new population data and shifting populations.

In 2008, California voters gave this power to citizens in the form of a commission to be made up of 14 members including five Democrats, five Republicans, and four who are either Decline-to-State or with another party. The Citizens Commission is designed to ensure that new and fair political boundaries are drawn without special interests, politics, and political influence.

California citizens who are eligible may submit an application to the California State Auditor’s Office during the initial 60-day application period from June 10, 2019, to August 9, 2019. More information on the Citizen’s Redistricting Commission can be found at [email protected].

The presentation follows the Annual Meeting of the League of Women Voters of Western Nevada County, which begins at 9:30 a.m.