GRASS VALLEY, Calif. January 1, 2020 – Shortly before 1pm on Wednesday, January 1, 2020 the Nevada County Regional Dispatch Center received reports of a male subject walking down Squirrel Creek Rd near Adam Avenue with a shotgun over his shoulder. Several law enforcement officers from the Nevada County Sheriff’s Office and Grass Valley Police Department arrived on scene and began conducting an area check. The male subject was located at the intersection of Oak Drive and Walker Drive armed with a suspected firearm. The suspect was given multiple verbal orders to drop the weapon – a taser was deployed but was ineffective. Officers on scene fired their duty weapons striking the subject. First aid was immediately rendered; however, the subject was later pronounced deceased at Sierra Nevada Memorial Hospital.

The identity of the suspect is not being released pending next of kin notification.

The Nevada County District Attorney’s Office is handling the investigation into the suspects actions and law enforcement use of force.

Additional information will be released as the investigation progresses. 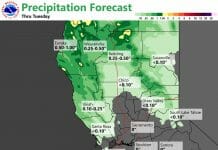