January 16, 2020 – A Winter Storm moves through the area into early Friday bringing periods of rain, snow, and gusty winds to the area. Unsettled weather continues over the weekend into next week.

Radar and satellite show the storm moving ashore northwest California early this morning. The main area of precipitation is along the cold front while a few showers have developed across the northern half of the forecast area in the region of warm- advection ahead of the cold front. Winds have picked up overnight across the northern half of the Sacramento Valley as the surface gradient has tightened (RDD-SAC now over 6 mbs). Gusts in the mid 40s mph have been reported from about the Chico area northward.

Current temperatures are very mild compared to 24 hours ago given the wind and cloud cover with readings in the 20s and 30s in the mountains and mainly 40s to lower 50s in the Central Valley.

The cold front will move into interior NorCal this morning accompanied by a band of moderate to heavy precipitation which may result in ponding of water on road surfaces. This area of heavier precipitation is expected to reach the Redding area around sunrise, then move southeast and reach the Sacramento region around late-morning. Showers and a few thunderstorms will be likely behind the front this afternoon.

Over the mountains, snow will increase early this morning north of Redding with rapidly deteriorating conditions expected. Heavy snow will develop across Donner Pass on I-80 by mid to late morning with many hours of 2-3 inch/hour snowfall rates expected continuing into this evening as mid-level lapse rates steepen behind the front. Snow levels across most of the area will range from 2-3k ft by late this afternoon. Snowfall accumulations will be measured in feet with 1-3 ft expected above about 3k ft.

Upper ridging exits early next week with another winter system moving in. Timing is not certain at this point, but for now have chances of precipitation spreading in over the area as early as the afternoon on Monday, which is Martin Luther Kings Birthday. This is from a wave associated with an upper low centered off the coast of Canada moving inland.

Ensemble averages suggest an early estimate of around a foot of snow could be possible over 6500 feet in the northern Sierra. This could cause travel difficulties during the return period at the end of the holiday weekend, so monitor the forecast closely if you have plans of mountain travel early next week, especially late Monday through Tuesday. Additional unsetled weather is possible through mid week. Continue to expect changes to the timing of these systems. 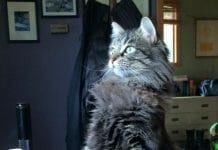