NEVADA CITY, Calif. June 14, 2016 – The Nevada County Elections Office has released an unofficial election result update. The results will remain unofficial until the election is certified, which will occur by July 7, 2016.

There is no change apparent in the outcome of the contested races. The No votes on both Measure W and Measure Y have widened their lead a little, as did District 1 candidate Heidi Hall and District 2 incumbent Ed Scofield.

Less than an estimated 7,000 ballots remain to be counted, including 1,732 provisional ballots.

The full update is available on the Elections website. 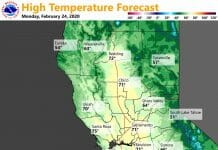