March 11, 2019 – Black and Hispanic Americans bear a disproportionate burden from air pollution caused mainly by non-Hispanic white Americans, according to a new study published in the Proceedings of the National Academy of Sciences (PNAS).

Poor air quality is the largest environmental health risk in the United States. Fine particulate matter (PM2.5) pollution is especially harmful and is responsible for more than 100,000 deaths each year from heart attacks, strokes, lung cancer and other diseases.

But not everyone is equally exposed to poor air quality, nor are all people equally responsible for causing it.

In the report, researchers linked air pollution exposure to the consumption activities that cause it in order to explore “pollution inequity” — the difference between the environmental health damage caused by a racial-ethnic group and the damage that group experiences.

“Our work is at the intersection of many important and timely topics such as race, inequality, affluence, environmental justice and environmental regulation,” said Jason Hill, University of Minnesota bioproducts and biosystems engineering professor.

The pollution inequity metric is driven by disparities in the amount of goods and services that groups consume, and in exposure to the resulting pollution. These disparities are influenced by longstanding societal trends, such as income inequality and political representation.

Because white Americans consume greater amounts of pollution-intensive goods and services, they are responsible for the creation of more PM2.5 pollution than other racial groups. Further, American blacks and Hispanics tend to live in locations with higher PM2.5 concentrations than white Americans, increasing their average daily exposure to the pollution.

In the U.S., racial patterns in where people live often reflects conditions from decades earlier, such as racial segregation.

“Similar to previous studies, we show that racial-ethnic minorities are exposed to more pollution on average than non-Hispanic whites. What is new is that we find that those differences do not occur because minorities on average cause more pollution than whites — in fact, the opposite is true,” said lead author Christopher Tessum, civil and environmental engineering research scientist at the University of Washington and a recent University of Minnesota graduate.

Click here to view a video summarizing the research.

The United States has made strides to reduce air pollution across the country and for all ethnic groups. Average PM2.5 exposure declined approximately 50 percent between 2003 and 2015, but pollution inequity has remained high over that same period. This study is the first to quantify pollution inequity and to track it over time.

Researchers say their pollution inequity metric can be applied to other types of environmental burdens, providing a simple and intuitive way for policymakers and the public to see the disparity between the pollution that population groups cause and the pollution to which they are exposed.

“The approach we establish in this study could be extended to other pollutants, locations and groupings of people,” said Julian Marshall, civil and environmental engineering professor at the University of Washington. “When it comes to determining who causes air pollution — and who breathes that pollution — this research is just the beginning.” 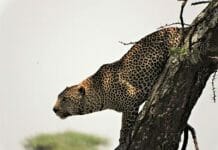 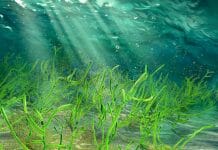 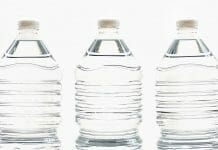