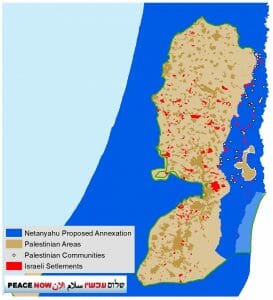 September 11, 2019 – For the first time in history, a prime minister in Israel presented a map indicating that his vision is that no Palestinian state will be established alongside Israel. At a press conference convened last night by Benjamin Netanyahu, the prime minister announced his intention to annex the Jordan Valley, which according to the map he presented would constitute 22.3 percent of the West Bank. Anyone familiar with the conflict, the geography of the region, and the minimum conditions for establishing a Palestinian state in the Occupied Territories knows that an independent and viable Palestinian state cannot be established with such a large swath of land along the Jordan River taken away.

Peace Now: “The vision presented by the Prime Minister is, in fact, a vision of apartheid, of one country in which one group of civilians has full rights (Israeli) and another (Palestinians) does not. The autonomy and access roads Netanyahu guarantees to the Palestinians in the Valley are alarmingly similar to the Bantustan formula in former Apartheid South Africa. Even though this is an election promise of the kind that politicians throw around and do not intend to fulfill, we cannot afford to make assumptions. One must say loud and clear to Netanyahu: No!”

In his speech, Netanyahu claimed that as part of the annexation of the Jordan Valley no Palestinian would be annexed to Israel. And yet, an examination of the map presented by Netanyahu reveals that he ignores 48 shepherding communities in which 8,775 Palestinians reside in the Area C portion of the Valley. This disregard by Netanyahu for thousands of Palestinians reflects long-standing policy in the Valley: one of dispossession and repression of Palestinian residents for the benefit of the settlers. In recent years, pressure has been exerted on the shepherding communities, both by the authorities (house demolitions, IDF training zones and the like), and by settlers who attack the shepherds and expel them from their pasturing areas. For more information, see here.

Peace Now examined the map presented by Netanyahu for annexation of the Jordan Valley and Northern Dead Sea Region. The following is a breakdown of key data (Netanyahu defined Highway 80 (“Alon Road”) as the boundary of the annexation and therefore Palestinian communities or outposts west of the road were not included in the count):

Settlements for annexation – 30 settlements, including 12,778 settlers (according to Israeli CBS data, end of 2017).

Outposts to be annexed – 18 illegal outposts, of which 7 outposts were established after November 2016 (election of U.S. President Trump).

Palestinians in territory to be annexed or surrounded by annexed territory:

In Area A and B (planned to remain under the nominal autonomous rule of the Palestinian Authority, with access roads) – 15 communities, including 44,175 Palestinians. 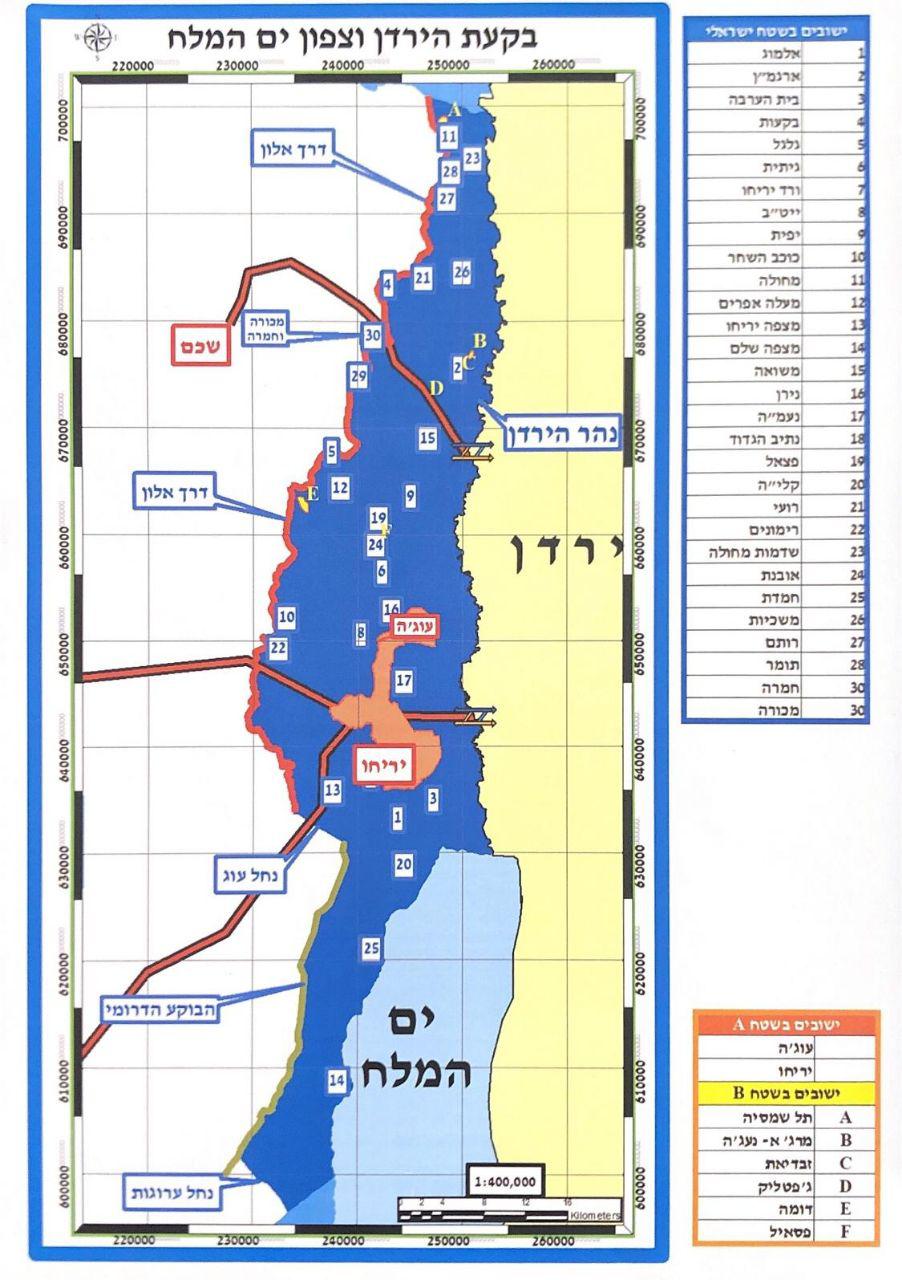 For reasons why it is not in Israel’s interest to allow Prime Minister Netanyahu to implement this annexation, see Peace Now’s press release here.

Under the mission of arriving at peace agreements between Israel and its neighbors, Peace Now currently works to ensure Israelis embrace the only viable solution to the Israeli-Palestinian conflict: two states and the creation of a Palestinian state alongside Israel. www.peacenow.org.il