March 9, 2020 – Yemen is suffering a forgotten cholera crisis, Oxfam said today, as it warned the number of people there with the disease could spiral as the country approaches rainy season in April and health systems are close to collapse.

The north is at greatest risk because of the scarcity of water there. The five governorates of Sana’a, Hajjah, Hudaydah, Taiz and Dhamar have consistently reported high rates of cholera since 2017.

More than 56,000 suspected cases have already been recorded in the first seven weeks of 2020, roughly equal to the same period last year. The number of cases of cholera in 2019 was the second largest ever recorded in a country in a single year, surpassed only by the numbers in Yemen in 2017.

At over 860,000 suspected cases, the total in 2019 is more than two and a half times the size of the third largest number in a single country in one year. In 2017 in Yemen there were over a million cases.

Yemen’s cholera outbreak began in April 2017 and quickly spiralled out of control with more than 360,000 cases recorded in the first three months. Although the rate of new infections had slowed a year later, the number of suspected cases began to rise again in early 2019.

The prolonged, consistent nature of new cases over the last 14 months shows the disease is still rampant in Yemen.

“This is a health crisis hiding in plain sight. It’s shocking that this ongoing crisis is getting so little attention.

“A lack of clean water and food has left many people weak and vulnerable to disease, and yet aid agencies are struggling to reach those most in need because of access constraints imposed by all sides.

“We need urgent action from the international community to ensure safe, secure and unimpeded access for humanitarian aid and to bring the parties together to agree a nationwide ceasefire.”

The number of deaths from cholera in 2019 dropped to 1025 – less than half the number of fatalities in 2017. But efforts to definitively beat the disease have been massively undermined by the war, which has decimated health, water and sanitation systems.

Medical supplies are in chronically short supply and only around half the health facilities in Yemen are fully functioning. Fluctuating exchange rates have pushed up the price of diesel, in turn increasing the price of trucking clean water to parts of the country where groundwater is unavailable. More than 17 million people struggle to get clean water.

Siddiquey said: “The humanitarian crisis in Yemen is entirely man made and those who continue to arm all sides in this war bear responsibility for its devastating consequences.

“Instead of fuelling the conflict by selling weapons for use in the war, the UK should be doing all it can to bring the parties together to agree a nationwide ceasefire and to resume peace talks.”

Since the escalation of the conflict in Yemen in 2015, Oxfam has provided clean water and sanitation to more than one million people, including in hard-to-reach areas of the country, through providing water by truck, repairing water systems, delivering filters and jerry cans, as well as building latrines and organizing cleaning campaigns. 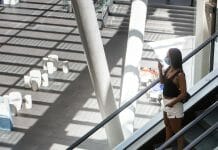