January 3, 2020 – The UN Secretary-General António Guterres has expressed deep concern over the latest escalation in tension across the Gulf region, following the killing of a top Iranian General in Iraq, in an airstrike carried out by the United States.

In a statement issued on Friday morning, UN Deputy Spokesperson Farhan Haq, said that the UN chief had “consistently advocated for de-escalation”, adding that “this is a moment in which leaders must exercise maximum restraint.”

The head of Iran’s Quds Force, General Qasem Soleimani, was targeted and killed on the outskirts of Baghdad airport, in a strike that was ordered by US President Donald Trump, according to a statement issued by the US Department of Defense.

Iraqi militia leader Abu Mahdi al-Muhandis, was also among those killed during the strike, according to media reports. His Kataib Hezbollah group had been blamed by the US for a rocket attack which killed a US civilian contractor in Iraq a week ago, and he led a group of militias within Iraq, aligned with Iran.

Iran’s supreme leader, Ayattollah Ali Khamenei, issued a statement calling for three days of public mourning following the death of General Soleimani and said there would be retaliation for the US strikes, according to news reports.

“This is a moment in which leaders must exercise maximum restraint”, said the statement from the UN Secretary-General. “The world cannot afford another war in the Gulf.”

Speaking to reporters at UN Headquarters in New York during the regular Noon Briefing, Mr. Haq said that Mr. Guterres had spoken to the US Ambassador to the UN about the situation within the past half hour, but did not give details of the call.

He said the UN would continue its extensive work on the ground in Iraq, and the UN Mission there, UNAMI,  would continue to advocate strongly for stability across the country. Mr Haq said there was no change to report in deployment of UN personnel at this time. 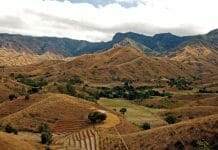