Nevada County vote by mail voters should have received their ballot envelope containing two cards and an insert with instructions on how to mail back the ballot adn an “I Voted” sticker.

Assistant Registrar of Voters Sandy Sjoberg stated their office is available for any questions, “We are here to assist any voter if there is a problem.” But, she added, “We need to know who has an issue so we can address it.” Voters have been contacting the media instead of the Elections Office, preferring to remain anonymous.

According to Sjoberg, it’s impossible to ascertain if there is a systemic error at this point or if a malfunction in the vendor’s equipment omitted the second card in just two cases – think printer jam.

If you are a permanent absentee voter and have not received two ballot cards in your vote-by-mail envelope, contact the Nevada County Elections Office at 530-265-1298.

The Elections Office is open Monday through Friday from 8:00 am to 5:00 pm and on Saturday November 5th for early voting. To be eligible to vote in the November Presidential election, you must be registered to vote by October 24th.  You can register to vote here or check your registration status here. 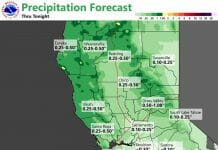